Paid time off is a valuable benefit…if you use it. Data shows that US employees are receiving more PTO (up 9% since 2019) but are using less of it. 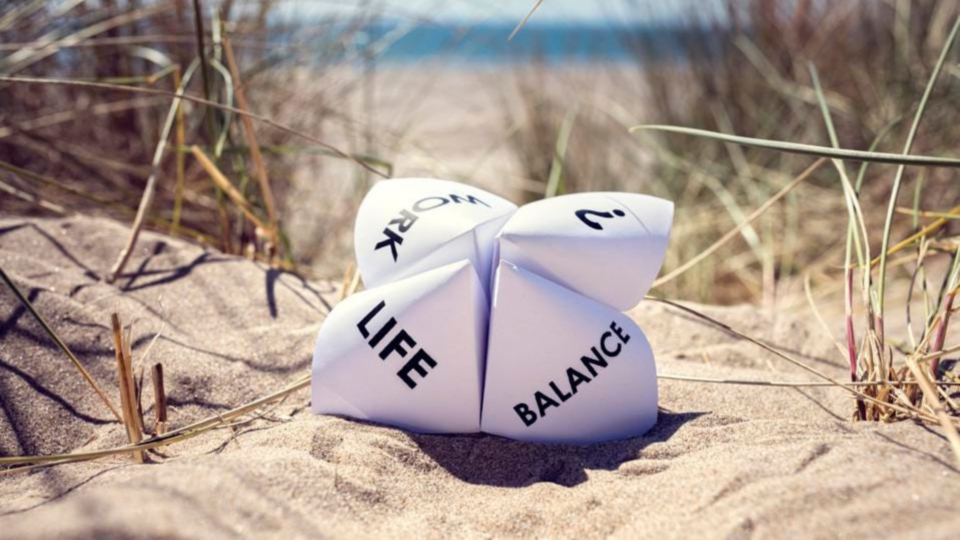 “We’ve created a culture where burnout is worn as a medal of honor and we can find every excuse in the book to keep ourselves at work,” said Minaa B. The mental health educator who worked with Samsonite on their “Take What’s Yours” campaign, says, “In order to push past these mental roadblocks we must create a way for people to simply see how urgent their own happiness is.” The campaign encourages workers to take advantage of PTO.

48 million Americans left the work force last year as part of the Great Resignation, as levels of anxiety and depression skyrocketed during the pandemic. And the stressors are not going away. 72% of Americans currently say their job has made them feel burnt out.

Studies show that using PTO can significantly reduce stress and improve employee productivity – by as much as 80%! Employees who take time away from their office – to rest, relax and rejuvenate – return with new diversity of thought, new perspectives on their job, tend to be more productive and are more in tune with their colleagues. For employees, PTO is a valuable piece of the overall compensation package…when it’s actually used.

For employers, unused PTO can be a huge and unpredictable financial liability. While the majority of employers have a “use it or lose it” PTO policy, a significant number offer a cash out option if an employee separates from their job or finishes the year with unused days, resulting in an annual aggregate liability for US employers of about $318 billion.

Why are Women Losing it Rather Than Using It?

The 55% of unused PTO last year is a nearly 100% increase from the 28% that went unused in 2019, a recent Sorbet survey revealed. And women used significantly less of their earned time off than men. On average, male employees earned 10% more PTO and took 33% more days off than their female counterparts.

24% of respondents in the Sorbet survey revealed they just don’t feel comfortable asking their manager for time off. Employees, even top-level executives, can feel guilty taking the PTO they’ve earned, according to Kelly Smith O’Hara, Head of North America at executive search firm Bentley Lewis.

The Sorbet survey revealed women are 19% less comfortable taking PTO than men. Why? Perhaps imposter syndrome – feeling “less than” their male counterparts – creates a feeling of inadequacy and leads them to feel that they haven’t earned the time off.

Fear of Falling Behind

Women are often reluctant to take PTO for fear of falling behind on the job, says Smith O’Hara. She says women worry that the amount of time it might take to catch up on missed work may make the time off not worth it.

While 58% of all US workers are now able to work fulltime or part time from home, that appears to be complicating the idea of “time off.” In fact, 31% of employees surveyed said when working from home, they feel it’s difficult to ask for time off.

Bridging the Gap Between Intention and Commitment

Most companies today espouse an ethos of holistic wellness; in fact, more than half of all US companies now offer employees (they don’t necessarily activate) some form of wellness program. And while experts agree that vacation days are critical to wellness, only a few companies are actually doing something meaningful to bridge that gap between intention and commitment.

Ecommerce technology leader Rokt has implemented a unique incentive to their approximately 500 global employees to actually use their PTO. According to their employee handbook (which, in a nod to transparency, is publicly available online), “We believe it’s important for Rokt’stars to take regular breaks. As such, those Rokt’stars who use most of their leave in any given year are eligible for five (5) days of additional paid time off, termed High 5 Days. In short, we are rewarding you with more PTO for taking the majority of your PTO in the prior year.”

Full Contact, an identity resolution company, not only offers its employees unlimited PTO (a trend that is gaining traction) but encourages employees to use the time by helping pay for their vacations. The company offers employees up to $7,000 each year to put towards travel. Michelle Warren, the company’s vice president of global HR, told CNBC earlier this year, “It’s about that true reenergizing, resting [and] relaxing, that then helps them come back in a positive way and continue all that work.”

PricewaterhouseCoopers is taking the optionality out of PTO by mandating company-wide vacations twice per year. The company will actually shut down U.S. operations for a week in July and again in December, giving its 55,000 employees additional time off on top of existing PTO.

When it comes to PTO, you earned it, so take it. It’s good for the mind, body and bottom line.